music is our nature

We are a family owned music scoring facility in Santa Barbara, CA. Versatile music makers and creatives, we’ve brought heart and soul to hundreds of projects over the past two decades.

Julia Marie Newmann garnered four ASCAP awards during her 9 year stint on the hit Fox show, "BONES," and has also worked on "MEDIUM" and "THE FINDER" alongside Emmy-Winning Composer Sean Callery. In 2016 Cody and Julia have teamed up with Sean on the CBS series, "DOUBT."

Cody has been a force in independent cinema, documentary film/tv and nature films. He has scored nearly 50 feature films and over a hundred hours of television. But he is perhaps most known for his iconic theme for the Tour de France, airing each July on NBC.

Their 4,000 track catalog, the “New West Collection” has been in high demand for both temp scoring and as an alternative to typical production music libraries.

H is for Hawk

Laws of the Lizard

Legends of the Peruvian Coast

Legends of the Andes

When he's not racking up diverse and interesting credits, Cody can be found riding his bike, running or exploring the wilderness.

His iconic theme for the Tour de France has been airing each July since 2011 on NBC. He has become a sought after force for sports and news themes including Major League Soccer, The National Dog Show, The America’s Cup and NBC Swimming (to name a few!) His themes have played side by side his hero, composer John Williams on “Meet the Press” and the Olympics.

A nature junkie, Cody has focused on scoring nature and wildlife documentaries. Credits include “H is for Hawk: A New Chapter” (BBC/Nature) which won a NaturVision award for best score, “America’s Badlands” (Smithsonian Channel), “Midway: Edge of Tomorrow” (Tandem) and “Laws of the Lizard” (Smithsonian Channel) The latter recently won the coveted Helix Award for best science show. IMAX films include the recently released “Hidden Pacific,” “Titanosaur” and “Journey to Space 3D”.

A craftsman, both studios at New West are built and engineered by Westheimer. His studio became instantly famous by having his custom desk lift up and reveal a walking treadmill. His portable studio was profiled by Outside Television.

A multi-instrumentalist, Cody plays dozens of instruments. Back in his 'gigging days' he was primarily a jazz trombonist and classical tuba player. Today he spends most of his time on the piano, shakuhachi (the Japanese bamboo flute he started studying in college) and the 5 string banjo. An adventurer, Cody regularly documents his journeys via short films. He of course scores them as well.

A Los Angeles native, Julia Marie Newmann, discovered composing music when she was 8 years old. Also a fine artist, she started composing music to her paintings, creating a story with music. By 13 she decided film scoring was the way to blend her musical and visual talents. She attended the Hamilton Music Academy at Hamilton High School. There she earned a music scholarship and began her college education in music at the highly competitive University of Southern California Thornton School of Music.

In 2003 Julia acquired her Bachelor’s degree in music composition and film scoring at USC . Upon graduation she was also awarded the BMI Award for Scoring for Motion Pictures and Television. That summer she was selected to participate in the prestigious ASCAP Film Scoring Workshop where she engaged and recorded a full A-List orchestra at the legendary Fox Scoring Stage.

Early in her career Julia scored many independent films and concurrently became a studio assistant for Oscar-nominated composer James Newton Howard. She quickly moved up the ranks, serving as orchestrator on such films as “Michael Clayton,” “The Great Debaters” and “The Waterhorse.”

In 2008 she was hired as one of the composers for the hit Fox show, “Bones.” She went on to score over 150 episodes. By the time she completed her 9th season, Julia had won 4 ASCAP Film and Television Music Awards for her work on the series, alongside her mentor, Sean Callery. They also received a nomination from The Hollywood Music in Media Awards. Throughout her collaboration with Sean, Julia also worked on the TV series, “Medium,” “The Finder” and “Doubt”. Additionally she collaborated on a horror short, "Girl #2” which won a Telly Award for Outstanding Score. Julia was also a semi finalist in the Turner Classic's Young Film Composer's Competition.

In 2018 Julia’s music for “Bones” was performed with the Helix Collective at their “Women in Media” concert. Her music was also featured at the “Women Who Score: Soundtracks Live Concert” performed by an 80 piece orchestra at LA Live.

Julia is a classically trained pianist and vocalist. In 2018 she sang with “Angel City Chorale”. Her chorale group made it to the semi finals in “America’s GOT Talent.”

Julia’s success in the Film/TV world Julia is paired with composing and donating her music to the Sheldrick Wildlife Trust – based in Kenya. This non-profit organization saves orphaned elephants, most of whose families have been killed by poaching. Her goal is to increase empathy and awareness for the elephants through music.

Julia resides in Los Angeles with her composer husband, Cody Westheimer, their daughter Malia, and their two dogs, Milo and Keiko.

“Our outreach films are vital in promoting our cause. The music we've received from New West Studios has increased their impact enormously. We're so pleased to have the opportunity to work with Cody and Julia on a regular basis.”

“Julia Marie Newmann is a superb and gifted composer--one can hear her love for music in each and every moment. She is also that rare breed of composer who continues to master different musical styles and genres, evolving and growing each and every time. These are the qualities of any great artist. She is the real deal.”

“First I saw his vehicle - with the Grand Tetons in the background - synth in the back and bike on top. Then I listened to his show reel…some great tunes….really great tunes! He had even done Tour de France score…so I went to see him in LA…we cycled, we bonded. He scored Badlands for me…classic American landscape film - gorgeous, diverse with a touch of humour and western - watch the storm and firefly sequence…wow…great job Cody. That was just a starter…then on to H is for Hawk…it was always going to be tough…the edit score we used was perfect…Cody had to match it or better it…not an easy task. But Cody was up to it…he excelled and went beyond my hopes….he scored it brilliantly and used an orchestra…real musicians cant be beaten - the end result a perfect score for H is for Hawk…so remember C is for Cody…a cultured, creative musician who will never let you down.”

- Mike Birkhead: Writer/Director, The Badlands, H is for Hawk

“It was a true pleasure having Julia on my team. Not only is she a gifted and versatile composer, but her skills as an orchestrator are also very impressive. Her charismatic personality and her professionalism will delight those who work with her. I sincerely believe she will go far in this business. ”

“With a tight production schedule and budget, an original score wasn't an option for Snows of the Nile. But with music from the New West Scoring Collection to fit every twist and turn of our story, you can scarcely tell the difference -- our film might as well have been scored!”

“How many composers would show up to conduct their orchestral film score wearing a NASA t-shirt? From our first discussion about creating an epic-yet-accessible film score for Journey to Space, it was clear that Cody Westheimer was all in. Though we had known of each other's work for a number of years, this film was our first collaboration and certainly not our last. Cody's passion for the project as well as his renowned boundless energy, resulted in early musical sketches that were so quick and expressive that they continually kindled the post production team to complete a film worthy of its music. An even more unexpected surprise was how well Cody was able to weave Max Braverman's rock inspired layers to seamlessly support the finished score. But what was finally achieved from a score sparked by the human drive to explore space--is an accomplished and coherent work of music that simply inspires the imagination.”

“Cody captured the unique beauty of Mono Lake as well as the ongoing efforts to protect this remarkable place, restore it to health, and educate people about its ecological and historic environmental importance. This unprecedented story needed an extraordinary composer. Cody took the time to get to know the history of Mono Lake, the spirit of the place, and the style of our organization. He captured the essence beautifully. Working with Cody was a pleasure, and we get enthusiastic responses to the music every time we show the film - his work helps us share the story in a more powerful way.”

“The original score Cody provided for my film, How I Became an Elephant was incredible. Everything matched picture perfectly and the emotion his themes added to my story certainly helped our cause...the production quality sounded incredible.” 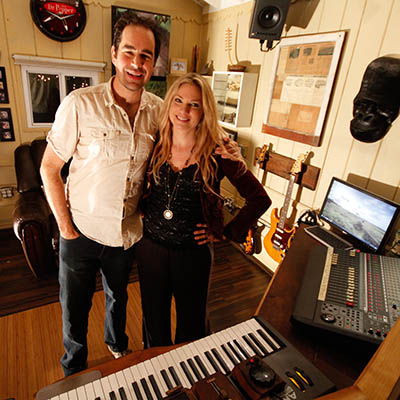 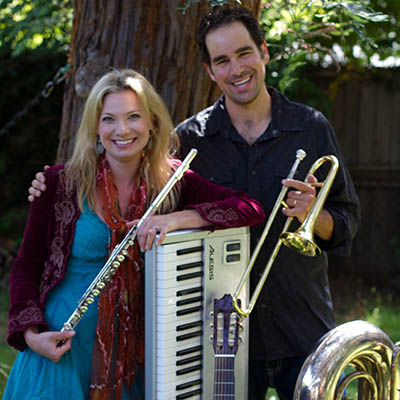 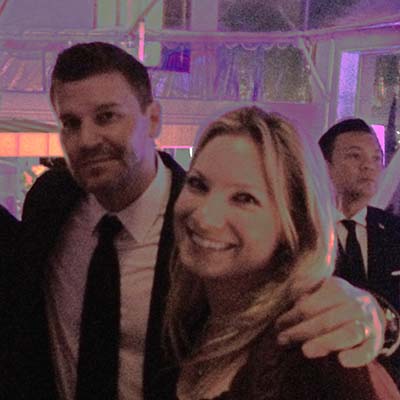 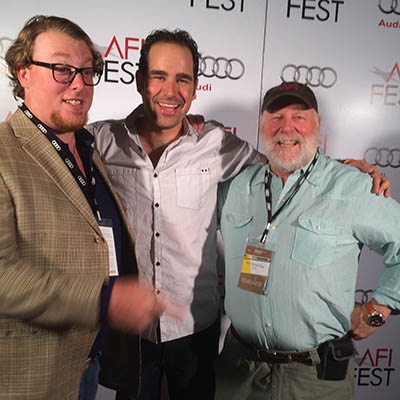 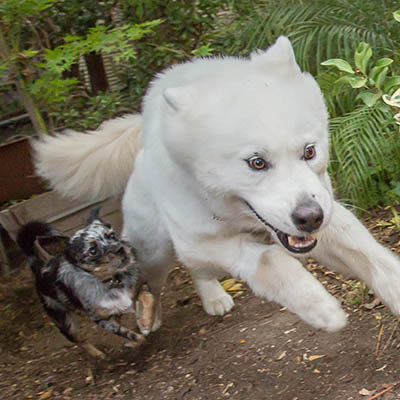 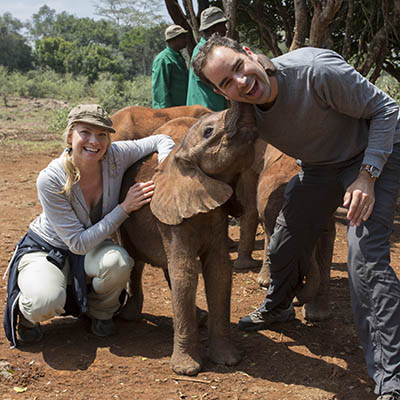 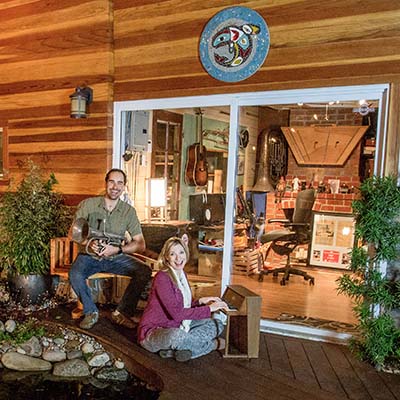 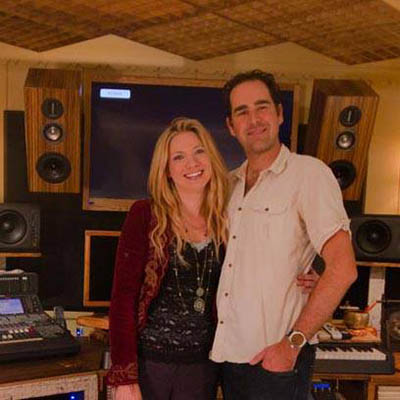 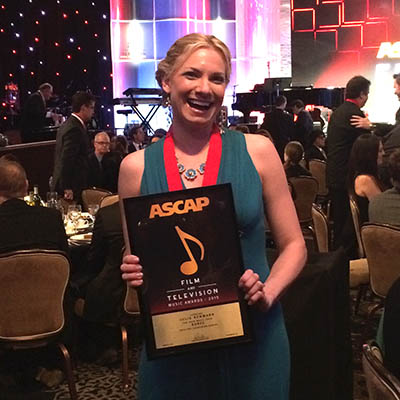 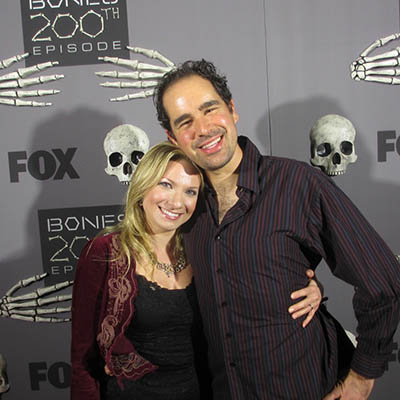 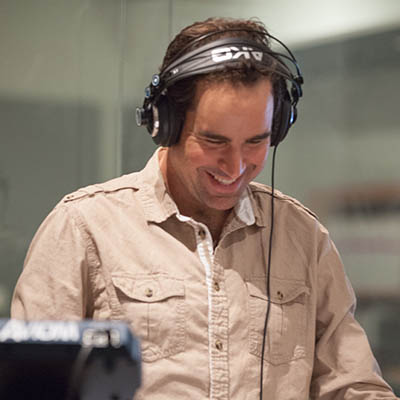 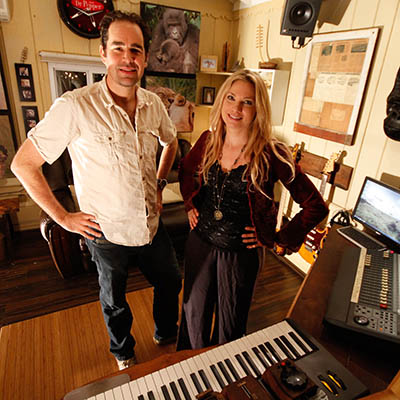 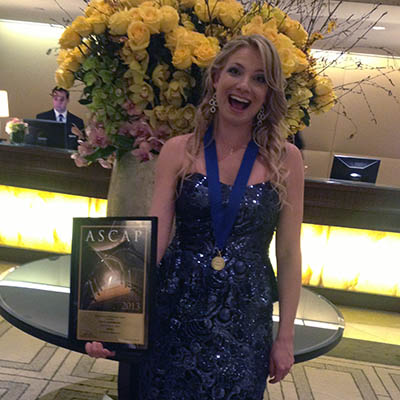 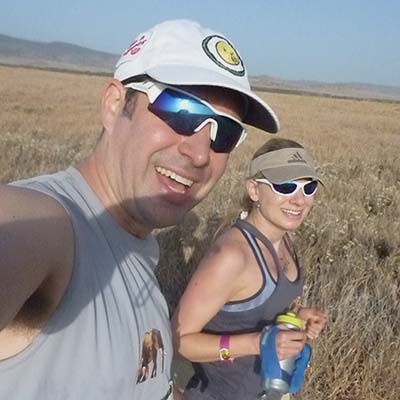 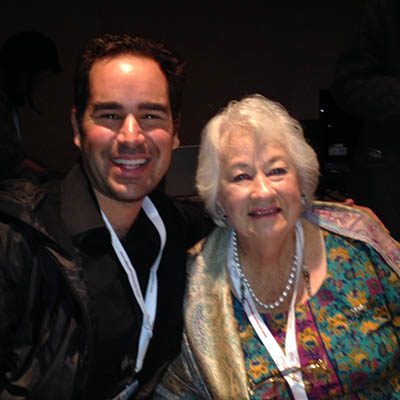 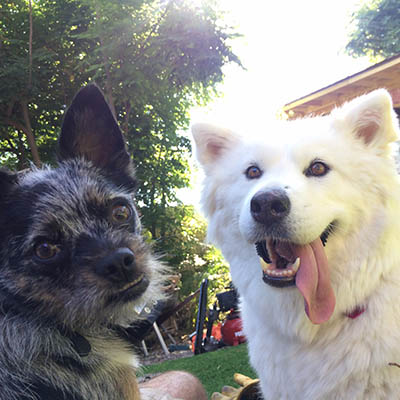 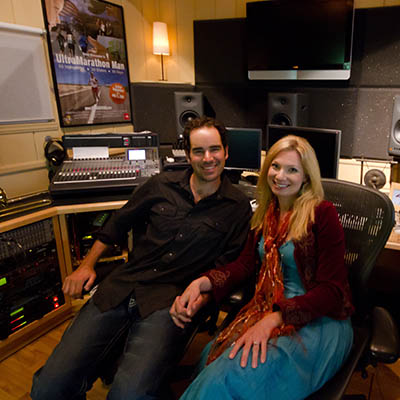 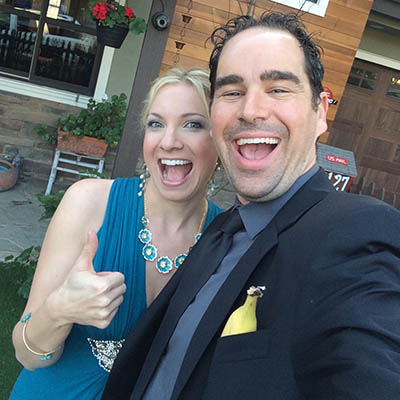